Check out what The Printing House did for me

This was a blog post from the Printing House about me.

It’s no secret that 3D printing has made headlines in the past few years for its amazing and unique applications. When our 3D printing location was contacted by Nadine Vermeulen about printing a replica of her son Andrew’s skull and brain, we knew that this project was a special one.

Earlier this year, Andrew was at a friend’s house when he began to experience intense pain in his head. After being rushed to the hospital, it was discovered that he had a ruptured Arteriovenous Malformation (AVM) – an abnormal tangle of vessels in the brain. In Andrew’s case, high pressure from blood flow had caused the AVM to burst, which lead to a massive hemorrhage in his brain. In order to operate, part of his skull was removed to relieve the pressure, and a drain was inserted to remove fluid from his brain.

During his recovery time, Andrew was required to wear a helmet to protect his brain for a period of nine months. At only 11 years old, this came with its own challenges – having to get used to his peers (and adults) staring and asking questions became a daily reality. This is where the 3D printed skull and brain could play an important role: having something concrete that he could reference when asked why he had to wear the helmet could help others to understand the severity of what happened, and serve as a permanent reminder of his strength throughout the experience.

The 3D print made by TPH is a detailed replica of Andrew’s skull and brain, including the portion of the skull that was removed for his surgery. The mockup for the 3D model was created from the DICOM images produced by Andrew’s MRI at SickKids Hospital, using special software specifically designed to work with MRI data. Once the design was generated and perfected, our 3D design specialists used ZBrush digital sculpting software to slice a portion of the skull, allowing complete access to the brain.

A hard polymer material was used to create the model, with an opaque white colour for the skull, and a mix of white and black for the grey brain. Andrew plans to use his 3D print to bring awareness to AVM’s and brain injury, as well as in his fundraising efforts for SickKids Hospital, to thank them for saving his life. This project embodies the one-of-a-kind projects that 3D printing has made possible – applications so unique that they would previously have been unattainable. Andrew’s mother looks back at her son’s injury with admiration for his bravery:

“Andrew is our inspiration. He fought back from a life threatening injury to return to enjoying a normal life of an 11 year old boy. When I think I can’t do something and am on the verge of giving up, I think of him and it pushes me to try harder, knowing that anything that I have to do is nothing compared to what he had to go through. He is my hero, and a hero to his Dad, Grant, and brother, Reid.”

For a story as inspiring as Andrew’s, and a kid as special as he is, TPH was both honoured and touched to be able to provide the tools necessary to bring his idea to life. After successfully recovering from his injury, Andrew was able to return to school and is currently enrolled in Grade 6.

To visit Andrew’s website, where he shares his story and other information to build awareness about the brain, please visit: http://www.iloveyourbrain.com/ 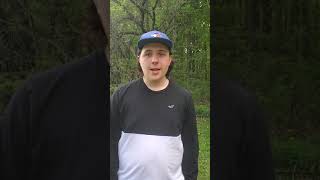 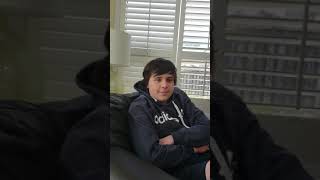 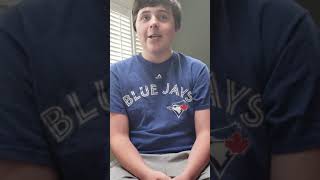 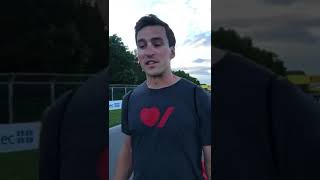 Look Who Is Supporting My Brain Injury Awareness Efforts

THANKS TO THE STAFF AND STUDENTS AT CAPTAIN MICHAEL VANDENBOS 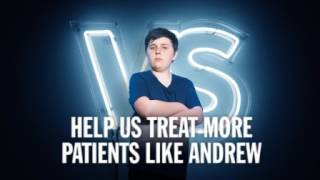 New Brain Injury Awareness Bracelets, look at all the support you can show